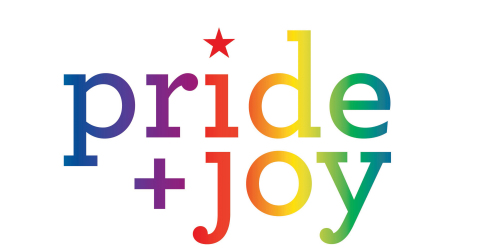 “Macy's core value of acceptance is reflected in our commitment to supporting the LGBTQ community through the fostering of an inclusive culture and environment that inspires our colleagues and customers to be their authentic self, every day,” said Kristyn Doar-Page, Macy’s vice president of Diversity and Inclusion. “Through our annual Pride + Joy campaign, Macy’s joins community equality celebrations nationwide with in-store special events and support for local charity partners.”

Macy’s is committed to equality and diversity in all areas of business as evidenced by the company’s consistent achievement of a 100 percent score on the Human Rights Commission’s Corporate Equality Index, the national benchmarking tool on corporate policies and practices.

As part of this year’s Pride + Joy campaign, Macy’s will support its local colleagues at more than 20 Pride parade celebrations across the nation. This includes a platinum sponsorship and the debut of a new specially designed float at this year’s New York City Pride Parade. In addition, a host of special in-store Pride festivities will highlight the latest fashions for customers, celebrate love and equality, and help local charities reach new audiences, while featuring guest appearances by local DJs, celebrities and LGBTQ influencers.

Macy’s is supporting its colleagues at Pride Parades held in the following cities:

Macy’s Pride Month special events will be held at the following stores:

This year, special Pride fashions will be available at more than 500 Macy’s stores and macys.com via a collaboration with Kenneth Cole for the brand’s TIED WITH PRIDE campaign. The limited-edition capsule collection available now, supports the LGBTQ community and helps to raise awareness about organizations committed to equality. The gender-neutral collection features t-shirts, hats and socks, along with the iconic Pride KAM sneaker in black and white, each designed with proud rainbow details.

Macy's, the largest retail brand of Macy's, Inc. delivers fashion and affordable luxury to customers at approximately 650 locations in 44 states, the District of Columbia, Puerto Rico and Guam, as well as to customers in the U.S. and more than 100 international destinations through its leading online store at macys.com. Via its stores, e-commerce site, mobile and social platforms, Macy's offers distinctive assortments including the most desired family of exclusive and fashion brands for him, her and home. Macy's is known for such epic events as Macy's 4th of July Fireworks and the Macy’s Thanksgiving Day Parade, as well as spectacular fashion shows, culinary events, flower shows and celebrity appearances. Macy's flagship stores – including Herald Square in New York City, Union Square in San Francisco, State Street in Chicago, Dadeland in Miami and South Coast Plaza in southern California – are known internationally and are leading destinations for visitors. Building on a more than 150-year tradition, and with the collective support of customers and employees, Macy's helps strengthen communities by supporting local and national charities giving more than $52 million each year, plus 153,000 hours of volunteer service, to help make a difference in the lives of our customers.