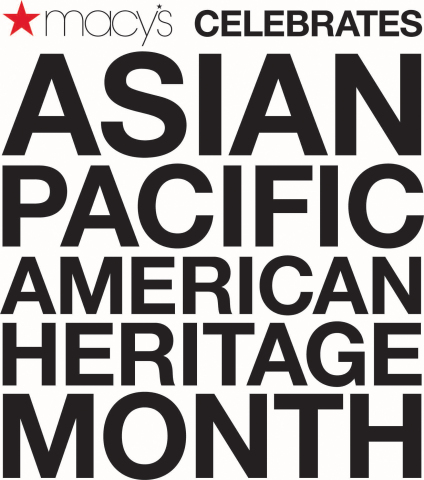 Macy’s Asian Pacific American Heritage Month celebrations will include special performances, food and other cultural elements with a primary focus on moderated conversations covering beauty, media and food. For these multifaceted conversations, an array of nationally recognized influencers, as well as local cultural tastemakers will join the festivities as featured guests, discussing the impact, legacy and traditions that have helped them succeed in their fields.

“Macy’s is thrilled to host this talented array of special guests for our upcoming celebration of Asian Pacific American Heritage Month,” said Jose Gamio, Macy’s vice president of Diversity & Inclusion Strategies. “They are important, fresh voices who bring unique and relevant perspectives to these discussions and celebrations. We are honored to share their important stories, foods and expertise in conversations about Asian and Pacific American culture with our customers and communities.”

Multi-hyphenate Eddie Huang will join the Macy’s Herald Square event in New York City for a discussion about Asian representation in the media. Huang, a successful chef, restaurateur, author, food personality, producer and attorney, is also the man behind two successful television ventures that highlight the Asian-Pacific experience and representation in popular culture. His memoir, Fresh Off the Boat, was adapted by ABC-TV for their hit primetime television show of the same name, and he currently stars in Viceland’s Huang’s World, a travel and food television show exploring food, race, identity and multiculturalism. Food from Baohaus, Huang’s Taiwanese restaurant in New York City, will also be served at the event.

“Asian Pacific American Heritage Month is an important moment of reflection, and I am excited to join Macy’s in honoring both the heritage of the past and the innovation of the future,” said Eddie Huang.

From a traditional Polynesian luau and a cooking demonstration on the evolution of Korean food with chef Bill Kim to beauty sessions with leading influencers Stephanie Villa of Soothing Sista, Morgan Stewart of The Beauty Breakdown, and Jenn Im, Macy’s Asian Pacific Heritage events will showcase a spectrum of traditions and modern cultural influence brought forth by the next generation of tastemakers in beauty and food.

Macy's, the largest retail brand of Macy's, Inc. delivers fashion and affordable luxury to customers at approximately 650 locations in 44 states, the District of Columbia, Puerto Rico and Guam, as well as to customers in the U.S. and more than 100 international destinations through its leading online store at macys.com. Via its stores, e-commerce site, mobile and social platforms, Macy's offers distinctive assortments including the most desired family of exclusive and fashion brands for him, her and home. Macy's is known for such epic events as Macy's 4th of July Fireworks and the Macy’s Thanksgiving Day Parade, as well as spectacular fashion shows, culinary events, flower shows and celebrity appearances. Macy's flagship stores – including Herald Square in New York City, Union Square in San Francisco, State Street in Chicago, Dadeland in Miami and South Coast Plaza in southern California – are known internationally and are leading destinations for visitors. Building on a more than 150-year tradition, and with the collective support of customers and employees, Macy's helps strengthen communities by supporting local and national charities giving more than $52 million each year, plus 153,000 hours of volunteer service, to help make a difference in the lives of our customers.