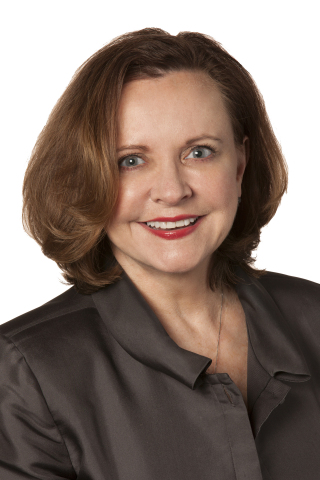 In her new role, Ongman will be responsible for leading Macy’s Merchandising, with oversight of merchandising, private brands and planning for the company’s five "families-of-business" (Ready-to-Wear, Center Core, Beauty, Men’s and Kid’s, and Home).

“Patti is a world-class merchant with a stellar reputation in the market. As a 33-year veteran at Macy’s, she’s a trusted leader to our colleagues and a valued partner to our vendors,” said Hal Lawton, Macy’s president. “I am confident that Patti is the right person with the right experience to continue transforming our merchandising organization to move faster and be more flexible.”

“I’m excited to lead the Macy’s Merchandising organization along with my team of first-class merchants. We will build on the great work the team has done, and we will continue to get better every day. I know this will be a smooth transition with Jeff’s support,” said Ongman.

“On behalf of the entire Macy’s family, I want to thank Jeff for the incredible job he has done as chief merchandising officer and throughout his nearly four decades with Macy's. Jeff has had an incredible impact on our organization over the years, and we wish him all the best in his retirement,” Lawton continued.

Ongman has been with Macy’s, Inc. for more than 30 years. In her most recent role as EVP, general business manager, for Home, Ongman was responsible for all aspects of the Macy’s Home business, including merchandising, private brands and planning. Prior to that, Ongman served as Macy’s chief planning officer, responsible for centralized merchandise and financial planning and assortment allocations by store, as well as the district/region merchandise planning structure and function that supported the signature My Macy’s localization strategy. Ongman began her career in store management. She is known for her deep understanding of brands, both private and national, and how to express these brands within Macy's.

Macy’s, Inc. is one of the nation’s premier retailers with fiscal 2017 sales of $24.837 billion and approximately 130,000 employees. The company operates approximately 690 department stores under the nameplates Macy’s and Bloomingdale’s, and more than 180 specialty stores that include Bloomingdale’s The Outlet, Bluemercury, Macy’s Backstage and STORY. Macy’s, Inc. operates stores in 44 states, the District of Columbia, Guam and Puerto Rico, as well as macys.com, bloomingdales.com and bluemercury.com. Bloomingdale’s stores in Dubai and Kuwait are operated by Al Tayer Group LLC under license agreements. Macy’s, Inc. has corporate offices in Cincinnati, Ohio, and New York, New York.